The Celebrity Grand Final was the curtain-raiser event for the MCB Tour Championship tournament which is being held 1-3 April at Constance Belle Mare Plage. The Mauritius Tourism Promotion Authority is the main sponsor of this event.

“It is both an honour and a privilege for the Mauritius Tourism Promotion Authority to support the MCB Tour Championship-Mauritius. Indeed, our support of this world class event reflects how golf is totally integrated with the diverse offerings of Mauritius as a destination” said Arvind Bundhun, Director of the Mauritius Tourism Promotion Authority at the press conference held on Monday 28th March at Constance Belle Mare Plage. 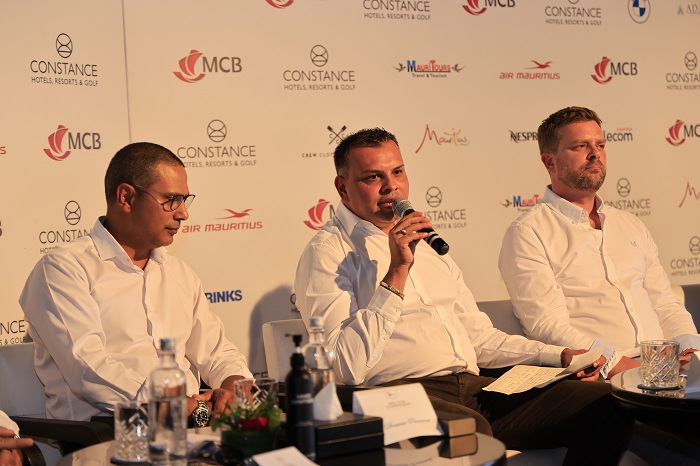 Duffy triumphed over celebrity competitors including sporting legends Paul Lawrie, Gavin Hastings, Gordon Strachan, and Teddy Sheringham, in spite of a shaky start which saw him almost arrive late for his tee-off.

“I got my timings wrong,” he explained later. “I’d just left the gym when I got a call asking where I was. I rushed to the course and had a can of Red Bull, which I probably shouldn’t have done because I got the jitters. I promptly knocked my first shot clean off the golf course.”

Duffy finished his round on a total of 35 points, one point clear of former Liverpool striker Robbie Fowler closely followed by sporting legends Jim Gavin and Gordon Strachan.

“I’m absolutely delighted,” Duffy said. “It’s been an amazing event. The opportunity to play with my heroes on such a wonderful course has been overwhelming.”

Duffy won £25,000 for his chosen charity, As I am, Ireland’s National Autism Charity.

Said Duffy: “I have a beautiful daughter who is on the spectrum, and we have been working very hard since she was two, she’s now 22 and she’s doing wonderfully well and I am very, very proud of her.”

“I am going to use this platform now of winning this competition to try and get people to understand a little bit more about autism.” 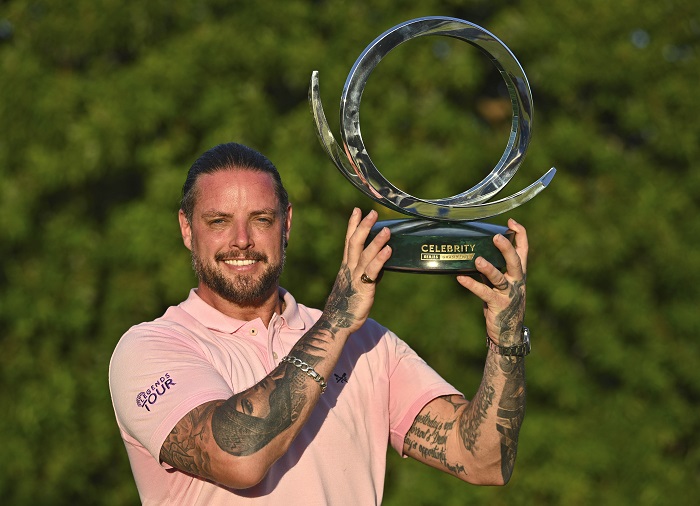 The action-packed week continues today with the Constance Hotels & Resorts Pro-Am, the MCB Pro-Am on 31st March and the hotly anticipated professional final from 1-3 April where the pros will battle to become the MCB Tour Championship winner.

Also joining the field will be five-time Legends Tour winner Clark Dennis who previously won the MCB Tour Championship in Mauritius in 2018, along with winners from the 2021 season including Austria’s Markus Brier, Mauricio Molina of Argentina, and South Africa’s Chris Williams.

The game of golf has a rich history in the Indian Ocean Island of Mauritius, which has several Championship golf courses around the island in stunning locations. Mauritius is home to the fourth largest golf course in the world, which was created by the British Royal Navy in 1844. Since the international borders were fully reopened last year, golfers from all around the world have been travelling to Mauritius to experience its world-leading courses and five-star luxury hospitality. 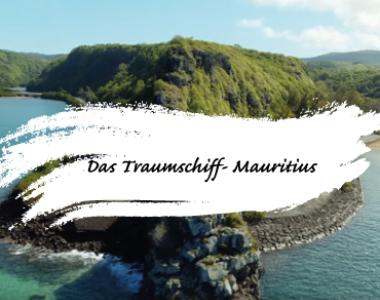 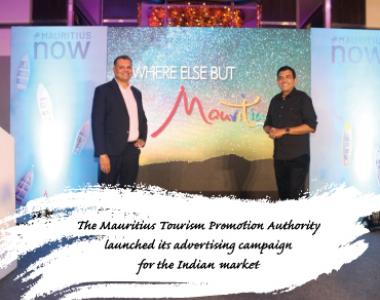 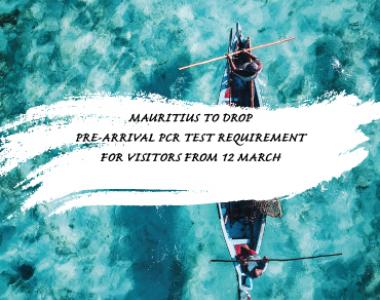