Mauritius is a popular golf destination among the little white ball enthusiasts. Each of the ten golf courses in Mauritius is unique in its design, setting and technical specificities. Most of the courses have been designed by renowned professional golfers such as Rodney Wright or Ernie Els. Golfers will be able to indulge in their favourite sport on all the golf courses of the island during their stay without ever getting bored!

Some courses are nestled in the heart of lush nature, between mountain and sea, such as Heritage Golf Club in Bel Ombre, ranking among the best golf courses in the Indian Ocean, and the Tamarina golf course in Tamarin, which offers a sumptuous scenery of the African savannah, and holes isolated from each other by their positioning, while other courses constantly remind you that you are on a tropical island like the Ile aux Cerfs Golf Club, set on a paradise islet with beautiful sandy beaches, and Anahita Golf Club, both in the East, and that of Mont Choisy Le Golf in the North, the last born in Mauritius.

The Gymkhana club located in Vacoas is mainly open to its club members and their guests. Thanks to this club created in 1844 by the British, Mauritius became the third country in the world to have introduced golf! In the centre of the island, Avalon, located in the middle of the tea fields, offers a completely different experience with its cooler climate being established in the heights of the island. At Belle Mare, the Legends and Links courses, both attached to the Constance Belle Mare Plage, are also very popular among golfers.

Mauritius is part of the international competition circuits and hosts various events throughout the year bringing together professionals and amateurs of various nationalities, like the Staysure Tour, formerly the MCB Tour Championship, which is played in Mauritius at the Legends, and the famous AfrAsia Bank Mauritius Open, the first tournament sanctioned by the European, Asian and Sunshine tours and which is played every year alternately at Anahita and Heritage.

Other golf courses will be constructed in the coming years to enrich the golfing offer in Mauritius, including a second golf course at the Domaine de Bel Ombre, and one in Azuri in the north-east.

It is also possible to take advantage of your holiday in Mauritius to learn how to play golf. Most of the clubs offer learning and improvement sessions provided by their Pros as well as workshops for children, there is no age to start golfing! Golf equipment and accessories are available for rent and sale in the golf clubs’ Pro shops. 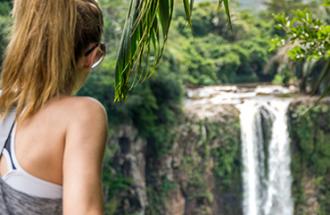 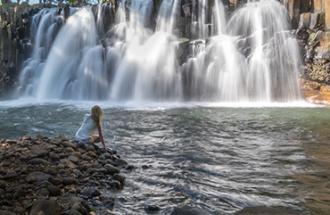 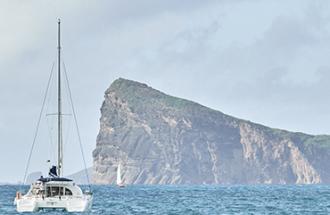