No risk of further oil spillage

Pumping of the remaining diesel oil from the aft section of the MV Wakashio was completed yesterday eliminating risks of further spillage. 0n 15 August, the MV Wakashio broke into two. The aft section remained on the reef with a small quantity of diesel oil left in the engine room which was removed yesterday. Removal of other pollutants such as wood, panels and floating debris is ongoing.

This section of the wreck is expected to be dismantled before the start of the cyclonic season next November.

The forward section of the bulk carrier was towed and is now being sunk to a depth of 3,000 metres, 40 kilometres off the south eastern coast of Mauritius. Operations have been delayed due to bad weather conditions.

Survey and clean-up operations of the affected lagoons and shores are ongoing, assisted by a team of international experts. Artisanal booms that were deployed through the benevolent efforts of the local community played a key role in limiting the spread of the oil slick. Foreign experts have recommended that these booms, that are now saturated, be removed and replaced by absorbent booms.

96% of Mauritian coastline remain unaffected by the oil spillage from MV Wakashio. 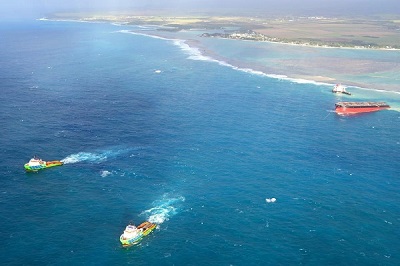 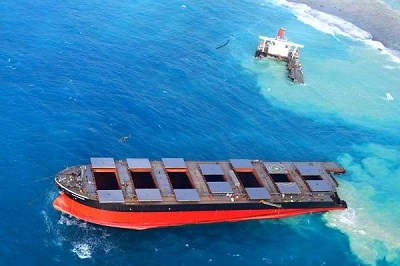 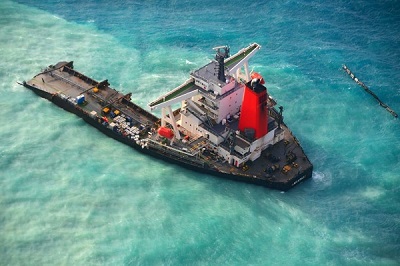